Service Advisory:  3D Rendering service is temporarily unavailable at the moment.  This page remains active for illustration and skill demonstration purposes only.

If you are looking for 3D 360 Virtual Tour, we offer a similar service called 360 Walk-Through Virtual Tour, just like Google Street View Maps.  This type of virtual tour is not a Matterport virtual tour, but functions similar to so. 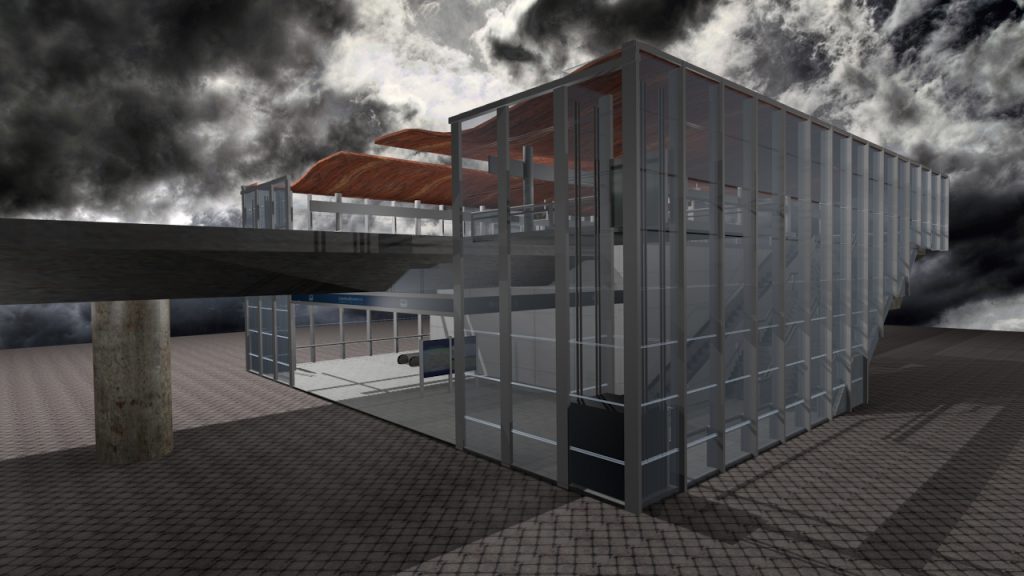 We do 3D Architectural Rendering and Visualization in environment modelling, suitable for use in real estate business, in the transportation industry, in the architectural industry, in the industrial industry and interior design, and in Construction, Real Estate, Residential Development, Marketing and Advertising.  We also do 3D modeling in product visualization and prototypes.  Our 3D Rendering visualization service serves the Vancouver, BC area Lower Mainland Region.

3D Rendering is ideal for residential construction companies to give home buyers an idea of how the apartment or house complex look like outside and inside, as if they were living in there.  The rendering is generated before the complex even begins construction.  It is ideal to show 3D rendering images and animation at the showroom and on the construction company’s webpage to best reach out and market their properties.

Our state of the art software used ensures detail, lighting, and realism of 3D models come to life. The designer or developer can give us a draft idea to us (AutoCad drawings, hand drawings, photo examples, etc) and we will develop that idea into 3D Visual.

We are able to create 3D models and overlay them onto a real life photograph to make the 3D view look as realistic as possible.  An example is a vacant lot at a corner of a street and overlaying a 3D generated development on it to give potential customers and buyers a sense of  how the development look like at that location in real time.

Camera movement is used for animation, and can be used for 3D product modelling tour and architectural flyover tours.

Please see below the images for enlarged images of examples. 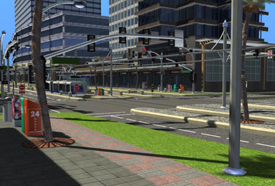 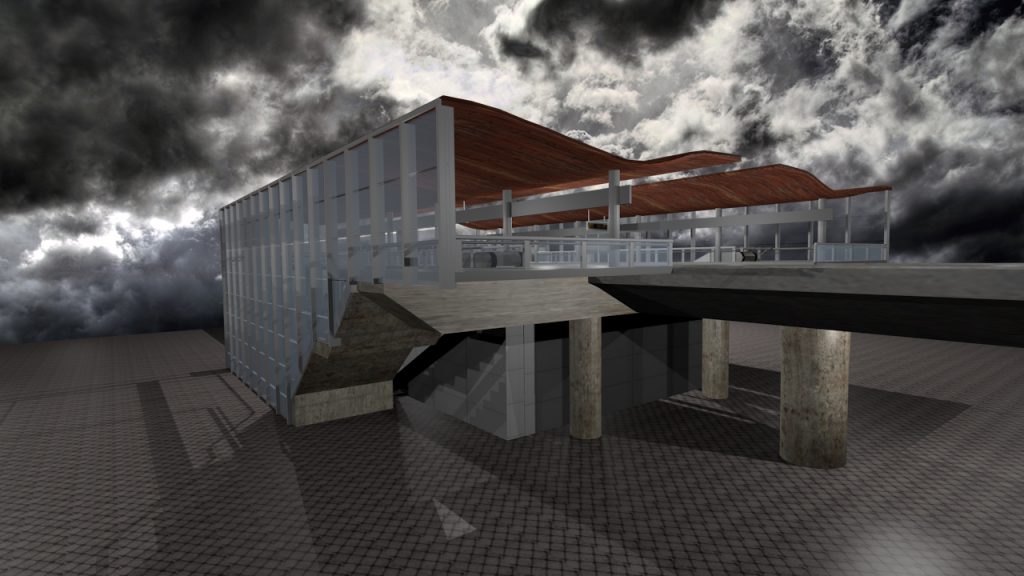 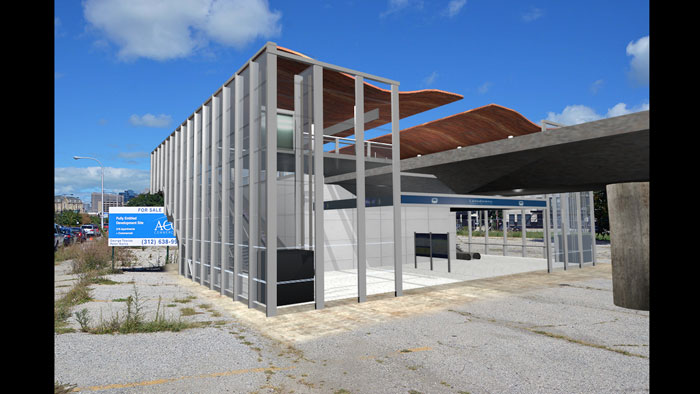 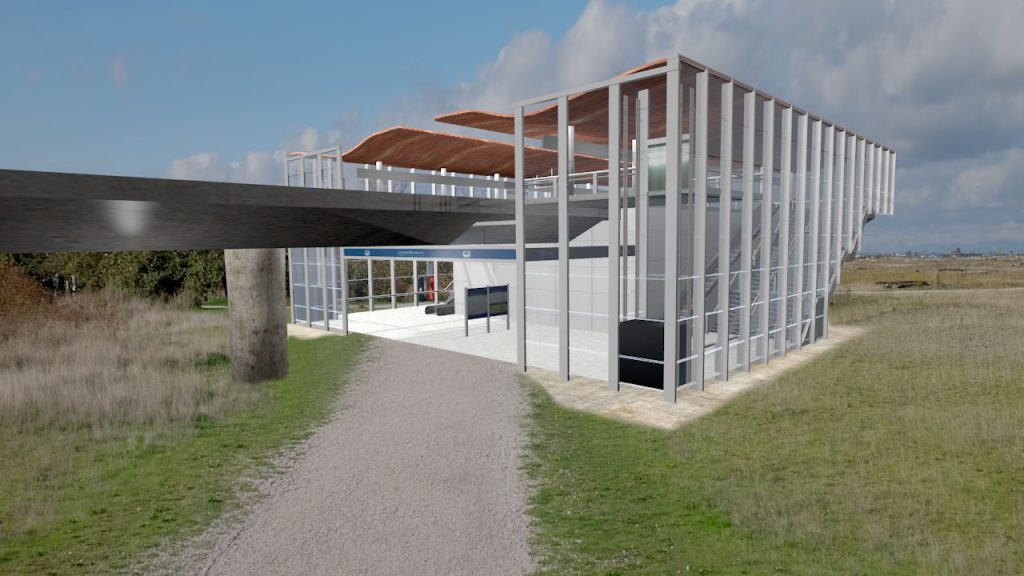 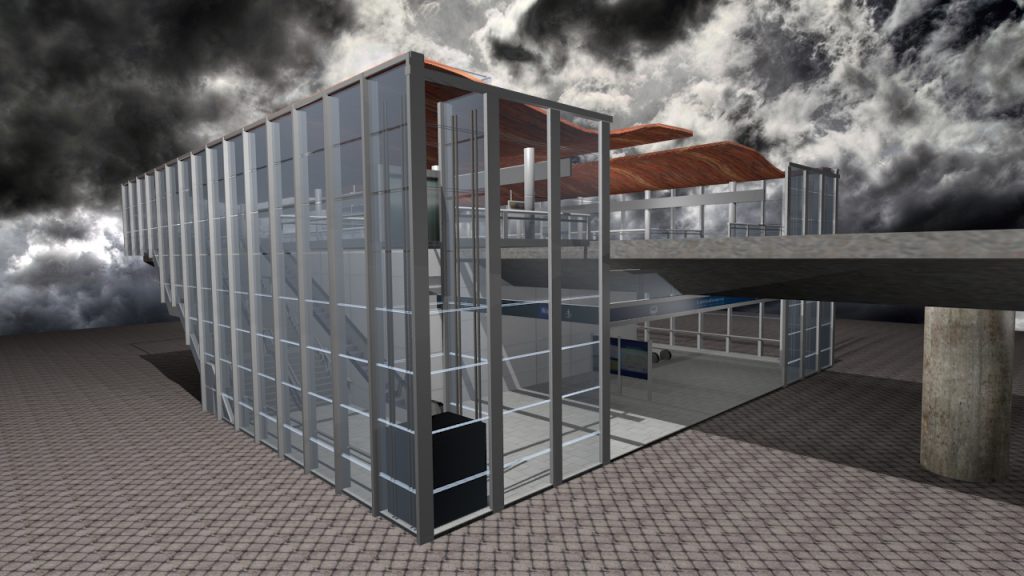 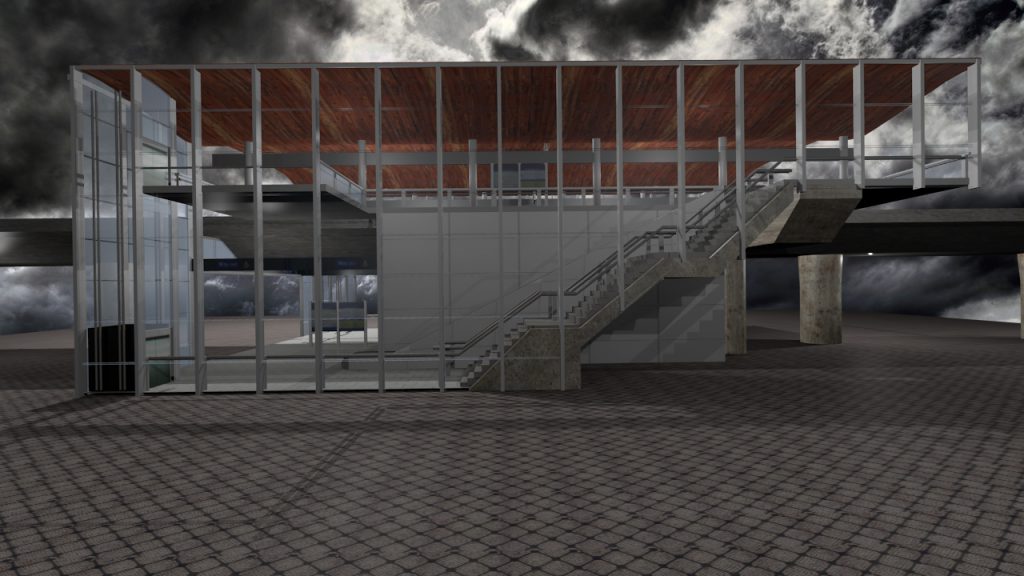 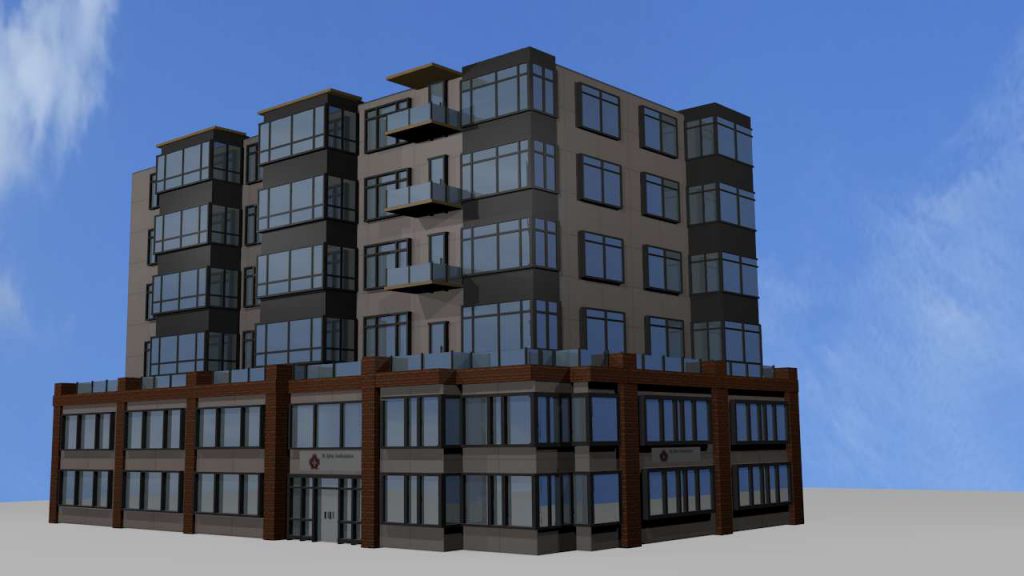 3D rendering of a Condo development 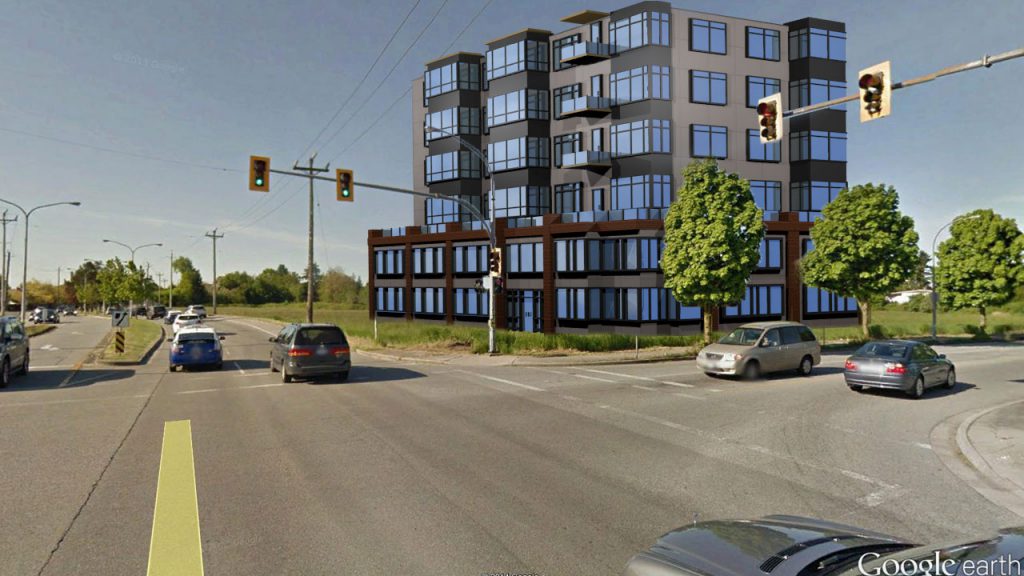 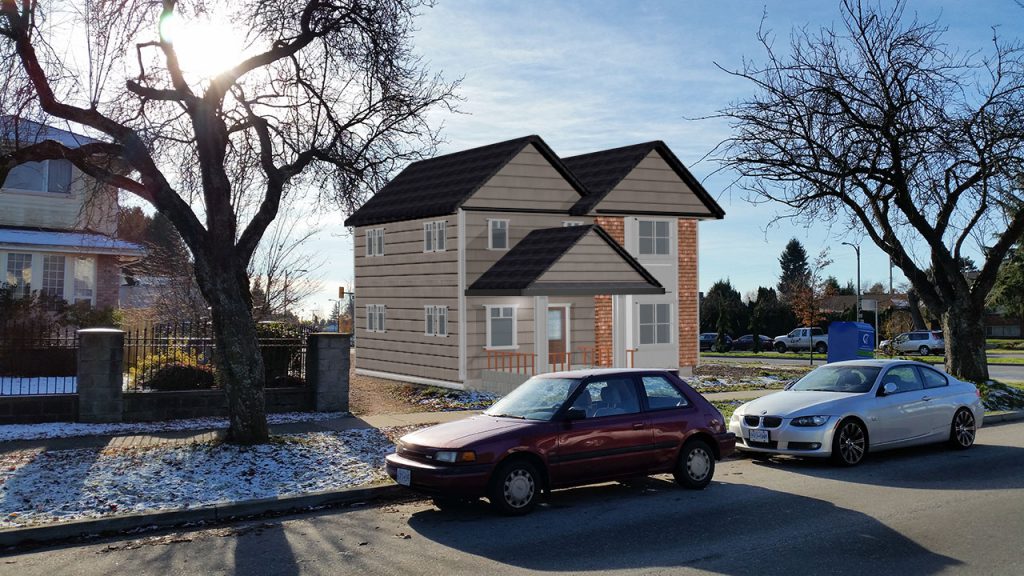 3D Rendering of a house against a real landscape 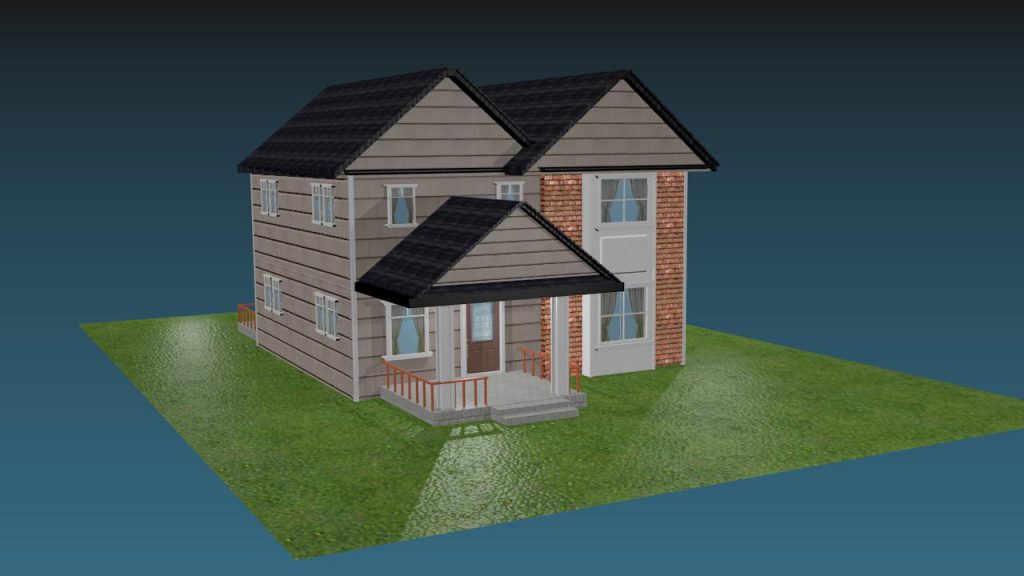 3D rendering of a house 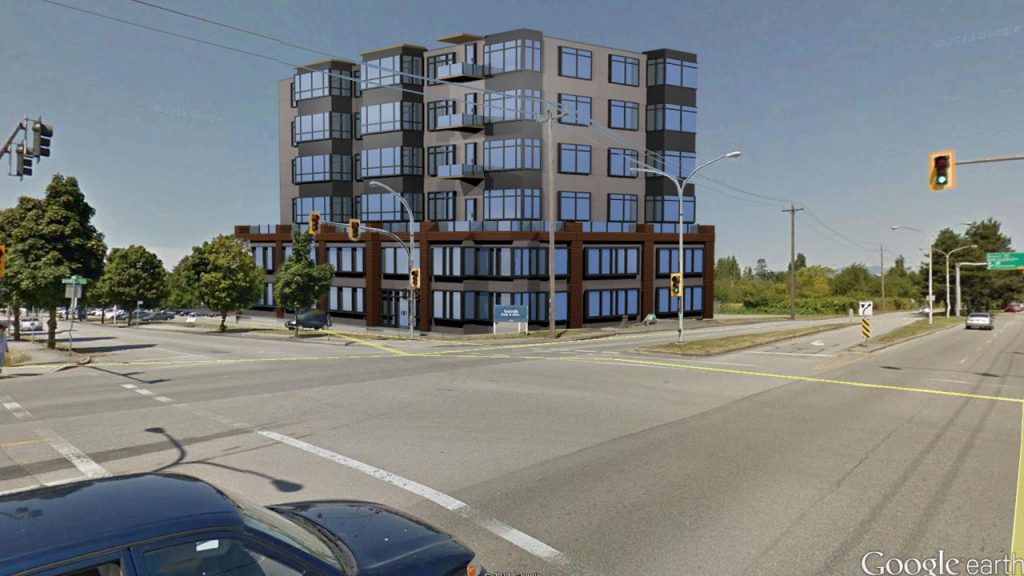 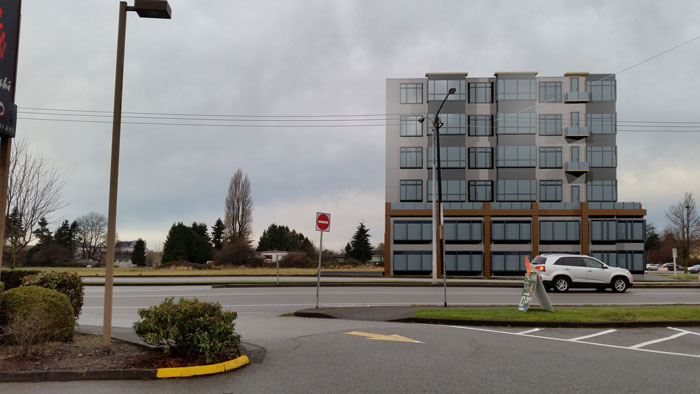 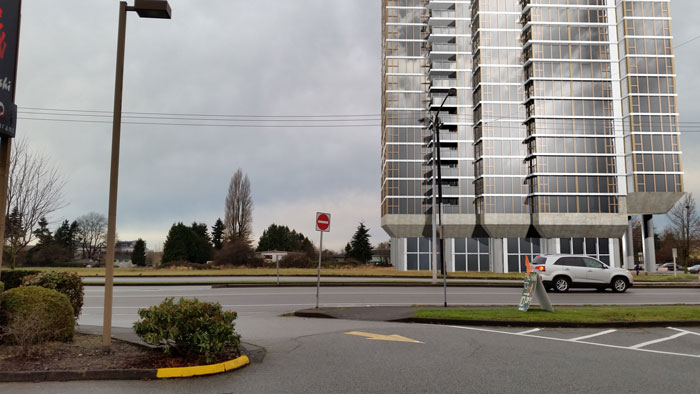 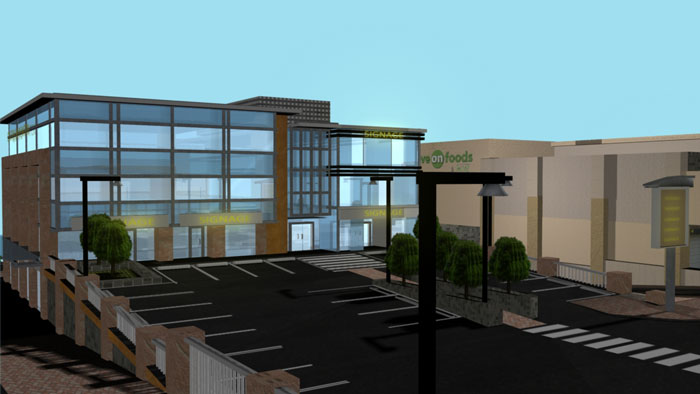 A 3D rendering of the house’s interior design can be drawn up to give buyers, architects, and realtors a sense of how the inside of the home look like before construction is finished.

A 360 Virtual Tour rotation can be made for the interior design if all 4 sides of the room is created.  The following is an example of a 3D rendering of a home kitchen. 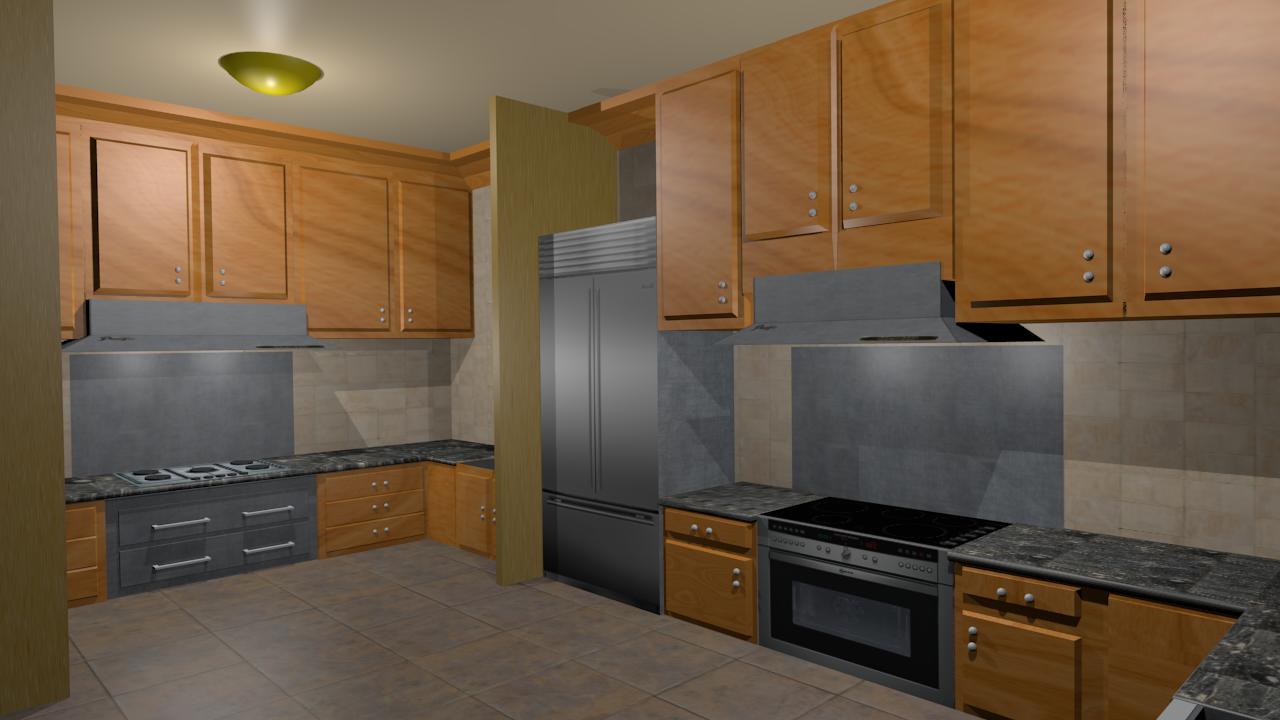 By overlaying 3D generated computer architectural models into existing real life environments, it gives people a more realistic prospective view of how a constructed building would look like as if it was completed right away. 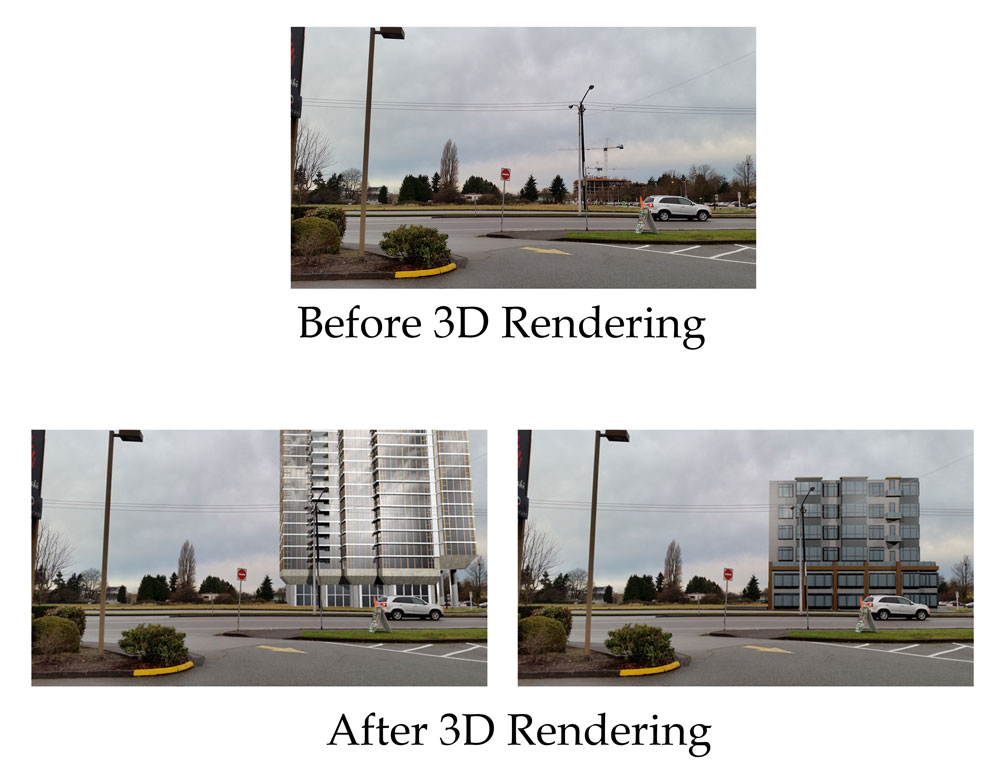 Please view some of our video examples of 3D visualization.

It is possible to render a 3D model of interior and exterior architecture and create an interactive spherical 360 Panorama from it.

In addition, an architectural model or a 3D model can be made to rotate 360 degrees around, similar to our 360 product rotation series, to give architects, customers, buyers and everyone else a view around the 3D rendering model.  The interactive 3D 360 rotation is designed to be viewed on all devices, from desktop to mobile.

We can assist realtors, stagers, construction companies, designers and architects in interactive marketing needs by providing them a 360 degree rotation of a 3D rendered property.  A house or property is recreated or created as computer generated 3D rendering, such as all 4 sides of the house, then exported as an interactive movable animation.  Buyers and customers can then see the 3D model of the house all around in 4 sides so they have an idea of how the house looks like as virtual reality before it is being built or seeing it in the comfort of their own home.

Please view some architecture rendering examples as 360 degree rotation below. Click on images below for the 360 3D Rendering Interactive Rotation of the architectural renderings.

For architects, interior/exterior designers, they can view how the new constructed house look like in 3D rendering in 360 degree view.  It gives them a whole different interactive viewing experience and faciliates better team meetings and presentations.

Interactive 360 Rotation of a 3D House

360 Rotation of a 3D Architectural Rendering of an Apartment Building

By allowing people to see 3D models using only a web browser instead of purchasing or downloading special software, it increases viewer counts, draws more visitors to see and draws more interest to engage in the interactive 3D.

Below are simple 3D examples that can be interacted with using a standard web browser.