We provide Virtual Realty as 360 Virtual Tour services or Panoramic Virtual Tours in the Vancouver BC area for Real Estate and Commercial Properties, Tourism, and for Marketing, providing home viewers a virtual experience without actually physically being there.  The tours also covers 360 degree views of car interiors, houses, offices, museums, hotels, car interiors and travel destinations as well as informational hotspots for the tours.  We also provide service in walk through 360 tours that is similar to Google Street View.   In addition, our tours can also be published directly onto Goggle Street View.   Our 360 Virtual Tours can be used on Youtube as a 360 video.  This is also called virtual viewing for real estate in lieu of holding in-person open houses.

About Us:  You may learn more about our company’s philosophy here.

About:  We provide 360 and Panoramic Virtual Tour services in the Vancouver BC area for Real Estate and Commercial Properties, Tourism, Educational uses, and for Marketing – used to providing visitors a sense of how it is like being at a location, without actually being there.

The tours are also known as Virtual Realty, giving anyone – a buyer or curious out of town tourists, a virtual walk-through of the destination or property in 360 degrees interactive environment, all in the comfort of their own home.  They can do advanced researches on how the destinations look like before they plan their travel, as an example.

Different formats:  The 360 tours can be published on HTML5 format, allowing them to be seen across all tablets, mobile devices and computers.

Offline Viewing:  The virtual tours can also be made available in offline format, so that the customer can show their own customers in a private non-public way, or for their own internal personal use.

Different types of tours:  In addition, there are different types of tours we offer.  One is the traditional area by area 360 tour (ie: by Kitchen, Living Room, Master, etc).  The other is the complete walk-through 360 tour, which is similar to Google’s Street View Virtual Tour by following the arrow pathways throughout the property, making the experience more immersive.  The walk-through has many different rotational points.  The walk-through can have hotspots info boxes, video, narration, and audio integration with it as well.

The Virtual Tours can be programmed and customized to include music, popup infobox hotspots, narrative voiceovers, etc so that it can be designed as an educational tool or to tell a story about the situation.

Panoramic Virtual Tours:  We offer interactive panoramic virtual tours where users can scroll the image left and right, but not in a 360 degree and does not include up and down motion.  It is also possible to auto playback the horizontal moving motion like a video, once the tour is loaded.

Matterport Alternative:  Our tours have a similar functioning concept to Matterport, despite using different technologies.  Our tours are similar to what you see on Google Street View.  Matterport service requires monthly subscription while our files can be hosted on our server or your server at no extra charge.  The difference as well, is that when using Matterport, the data is owned by them, while with our services, the customer owns the data.   Matterport also may not have the ability to customize the infobox hotspots like we do.  Despite this, we still offer limited Matterport Virtual Tour services.

We also do Virtual Tours for inside of the car’s interior as well.

Educational institutions and distance learning programs or online school may find 360 Virtual Reality useful in teaching students world concepts and life skills, by simulating an environment where they cannot physically be there themselves.  Students can also listen in to narration while viewing the 360 tour and can learn more about specific topics by clicking on info box hotspots.  Hotspots themselves can have video or photo and description with voiceover in it, detailing more about that particular concept.

Works across all devices

We provide our service anywhere in the Lower Mainland in the Vancouver, BC area.

Matterport vs Our Virtual Tour

We offer limited Matterport virtual tour services, in addition to our own Virtual Tour services.

360 Virtual Tours can now be exported to be viewed in Youtube mode as 360 Interactive Videos.  For the player below, you may use your mouse or finger to drag the image around while the video is playing, just like conventional 360 Still Photos Virtual Tours.

Please click on the thumbnails to view the Virtual Tours.  In addition, please review information on 360 Virtual Tours for Real Estate and Interior Design Applications. 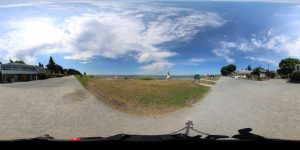 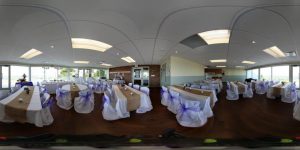 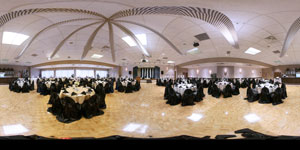 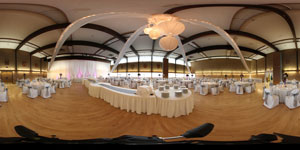 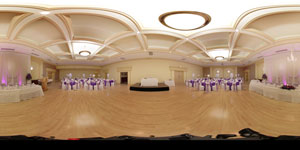 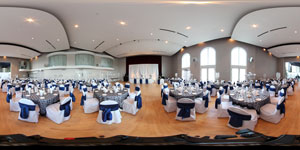 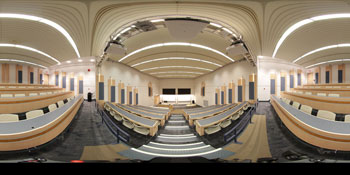 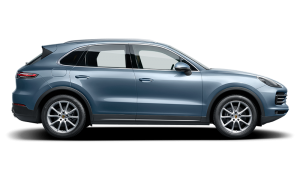 Panoramic Virtual Tours:  We offer interactive panoramic virtual tours where users can scroll the image left and right, but not in a 360 degree and does not include up and down motion.  It is also possible to auto playback the horizontal moving motion like a video, once the tour is loaded.  Having the panorama tour auto playback simulates a virtual realty and also simulates a video playback, while still allowing user to override and interactively pan the image left and right.

Sometimes this maybe sufficient enough as an alternative to 360 degree motion.  If users just wanted to see a general wide angle panoramic view of the skyline, scenery, interior space – just to get a quick idea of how a wide view looks like.

Our 360 Virtual Tour comes in 2 different forms.  One form is standard Virtual Tour, having a few rotations representing main locations of the house such as only master bedroom, living room, kitchen, and dining room.  The other form is a walk-through enhanced 360 Virtual Tour, whereby many rotations are photographed at many points along the pathways of the property, and viewers can click on directional arrows to follow along the path to view the property. The walk-through tour is similar to Google Street View maps feature.  Applicable use of this walk through tour can be used in Tourist attractions such as aquariums and museums, and informational popup hotspots can be integrated into the tour to showcase specific information.

These 360 virtual walkthrough interactive tours can be used to showcase commercial environments such as schools, campuses, offices, etc.

We offer limited Matterport virtual tour services, in addition to our own Virtual Tour services.

Note:  You may find more examples of this type of tour at the 360 Walk Through Virtual Tour Page.

We are capable of providing 360 Virtual Tour services, to be directly integrated into Google Maps as Street View.  Please visit that page for more details.

360 Tours with Hotspots and Infobox Details

The virtual tours can be customized to display a walk through type tour, joining several panaromas together using hotspots controls, and also having users bring up an infobox at several points of interests showing closeup photo of the detailed point along with descriptions.  An example is a walk through tour of a bus, where users can also zoom in or click on the points of interests to display an infobox that outline details of the overhead control panel above the driver seat, along with the description.

360 Virtual Tours with hotspots are very useful for training and educational purposes.  Users can click on details within the tour, bringing up close up details, descriptions and photo of that particular area.  Voiceovers and music can also be integrated within the tour itself to bring a more virtual reality experience.  Online schools and Distance Learning programs may benefit from this by exposing students into a more immersive lifelike environment with interaction capabilities.

An enhancement to our 360 Virtual Tour is having a narrated voiceover for each particular hotspots while the user interacts with the 360 Virtual Tour environment. This is also known as a virtual tour guide, where the user looks around the environment while listening to the tour guide describing the environments. The tour pages can also have repeated looping instrument music to give the tours a more enjoyable experience.

These narrated hot spot virtual tours are ideal for educating the public, as well as for tourism and education sectors. 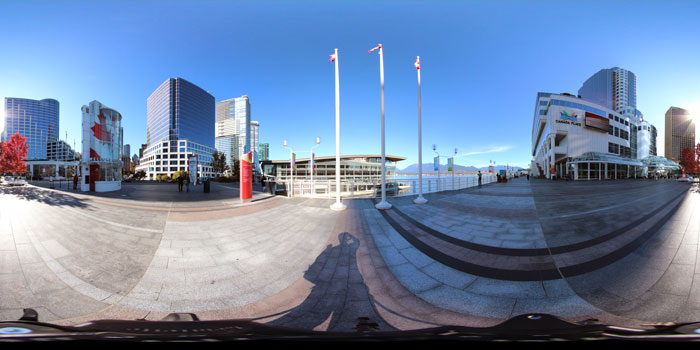