The route originates from Ontario Street bikeway, leading down to the seaside at False Creek.  False Creek has a seawall that has pedestrian and bicycle pathways that leads all the way to Jerrico Beach, Granville Island and Stanley Park.

The journey takes around the Science World, then to Carrel Street and through a special route on Pacific Blvd, then back up to the seaside.  The routes itself has yellow lines like found on regular roadways, and have special traffic lights to obey.  Signs that cars have to obey also are found on the bicycle routes themselves.  The separated routes near the viaduct are well protected and also provides good connection to the viaduct itself via Adanac route. 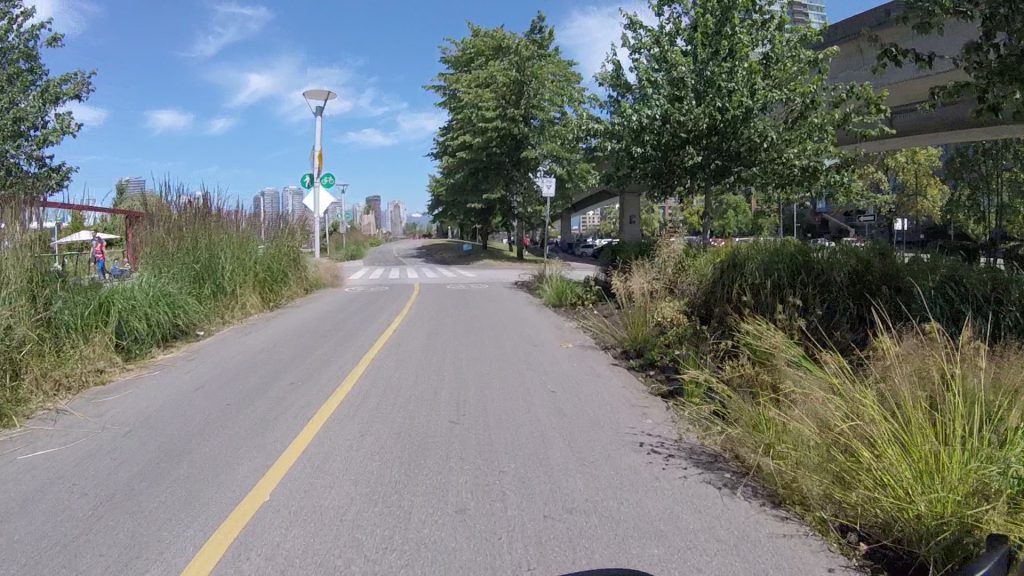 Have a look at the gallery that shows points of interests along the way.

no images were found